The result: They deliver the news with a kind of generic enthusiasm.  It may look and sound polished and energetic, but it lacks power to really compel because it is not driven by any premeditated thought or conviction.  In truth, viewers are watching the anchors figure the story out as they go along.

This “connection deficit” can be especially glaring when we stand anchors in front of a monitor with video running behind them — and the material on the screen functions more as backdrop than as the storytelling tool it should be.  Instead of managing a shared experience, the anchors simply stand and read and function as little more than props themselves.

On the other hand, when anchors do know what they are talking about and have thought ahead of time about what they are about to show us — and why they are showing it — both the story and presenters become especially compelling.  The value of the pictures and sound is actually heightened, because these elements are so clearly in service of a story they anchors know and b believe it is important to tell.

In the wake of Hurricane Sandy, NBC Chicago’s Rob Elgas and Marion Brooks did an especially good job of this.  As you watch this clip from one of their newscasts, take note of these things:

Elgas is using the pictures, not just narrating over them.  He has clearly already seen and heard everything, and the point of the segment is to share what he already knows.  His credibility as a leader here is enhanced because his familiarity enables him to be very specific about directing our attention.

He uses sound as well as he uses the pictures.  He knows that what we can hear in this case will be every bit as compelling as what we see.

He moves aggressively and unselfconsciously between the monitor and the camera.  He is all about sharing the material and telling the story, as opposed to working abut whether he is turning his back on the camera or standing at the perfect angle.

Brooks is a storytelling partner, even though she remains off-screen.  In the process, she 1) reinforces the chemistry and ease of the team and 2) models the attention she expects from viewers by reacting to the material herself.  You should never assume that people watching are any more interested than you appear to be. 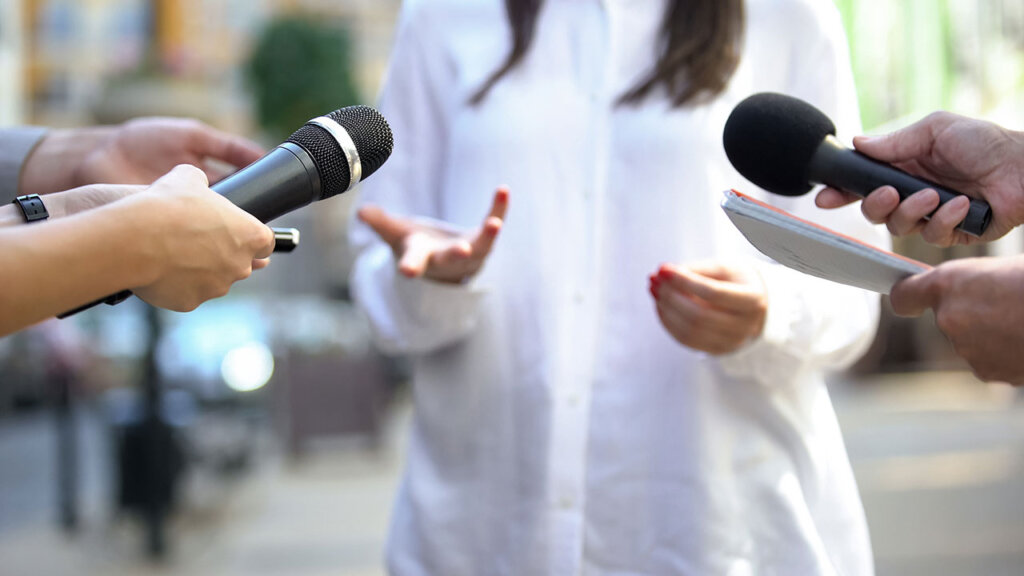 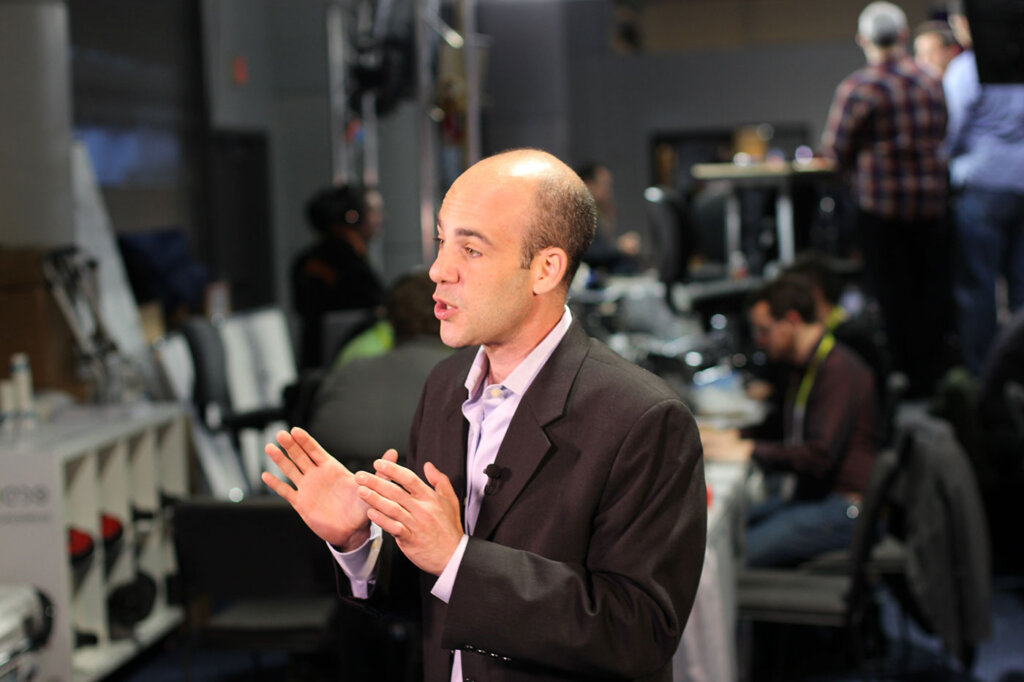 To Move or Not To Move